The Go programming language was created in 2007 at Google. Many projects are created in Golang including Docker, Kubernets, Gogs, InfluxDB and others.

The Go language can be used on various operating systems including Linux systems, Windows, Mac OS X and FreeBSD. You can even run it online, from your browser.

If you have a package manager, you can install it from a repository.

Install a set of tools to run Go programs.

If you use Redhat or CentOS, you can use yum to install go

You can choose the local installation directory: D:\Go, add the D:\Go\bin directory to the PATH environment variable.

On CMD, enter go version, which shows that the go run environment has been successfully installed:

The src storage source code (such as .go. c .h .s, etc.) executes the current working path of commands such as go run, go install, etc. according to Go default (that is, executing the above command under this path).

The intermediate file generated when the pkg compiles, such as: .a the executable file that is generated after the bin compilation, can then try the code compilation to run.

For other systems, you can run a manual install.

You can run golang programs online on the Go Playground.
On that page simply type your code and click run. 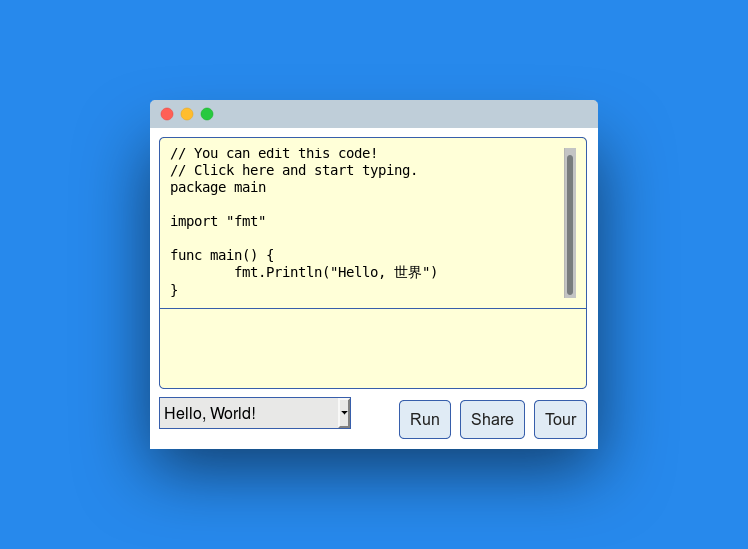 To check the current version of Golang, you can use the command.

If you get this output, Go has been installed successfully.